It’s onerous to search out knowledgeable individuals on this subject, but you sound like you know what you’re talking about! Thanks http://hellowh983mm.com
charnoMaP : 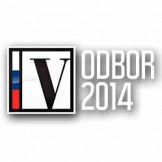 It is outrageous that in the year 2014 the Speaker of the National Assembly of the Republic of Slovenia says: »Before we were bound to a different type of a country with heritage, credibility and a certain level of recognition within the international community […].« It is true; we lived in a totalitarian communist country, where a bloodthirsty communist revolution was deep-rooted in its very essence and which established an economic system whose debts are still being paid off by younger generations of the Slovenian population.

But, more importantly, this was the country where human rights were grossly violated. If the Speaker of the National Assembly does not believe that this was the case, he is advised to read the Basic Constitutional Charter on the Sovereignty and Independence of the Republic of Slovenia. This was the country with no heritage or credibility, based on communist terror, corruption and methodical decomposition of integrity of its citizens, which was tolerated by the international community only because of the circumstances of the Cold War. This was the country, as written in the Basic Constitutional Charter, »where national rights, and the rights of the republics and autonomous provinces were grossly violated«. Those were the rights of the Slovenian demos, on whose behalf Dr Brglez speaks in the interview in the year 2014.

This is exactly why we became an independent nation and, as a proof of a several-century-long fight for national liberation, created our own country which is based, as often emphasised also by the Slovenian Constitutional Court, on the value split from the former Socialist Federal Republic of Yugoslavia. The statements given by the Speaker of the National Assembly demonstrate that he neither wishes nor can handle this split. His nodding to appeals for obligatory reintroduction of Serbo-Croatian into elementary schools and crying over the loss of alleged comparative advantages in the Balkans due to a lack of knowledge of the language prove he is caught in a mental and political context which cannot be named the European Slovenia, which is opposed to the ethos of the Slovenian Constitution and, consequently, to everything the National Assembly is supposed to represent as its daily executor.

And perhaps, most importantly, nowhere in the Western civilization, particularly after the World War II atrocities, will you see a high-rank politician explain the after-war killings with natural law as perceived by the then authorities. This statement is unworthy of an intellectual, let alone a university professor who lectures on international relations. It is absolutely scandalous that it was given by the Speaker of the National Assembly of the country which continues to feel the heavy burden of injustices committed during and after World War II. The essence of natural law, as understood in the Western civilization, is justice in itself and in the nature of things, which in particularly harsh circumstances actually calls for the withdrawal of positive law that is accepted by a human and his institutions. To claim that the after-war killings reflect such justice is either in conflict with common sense or, if seriously meant, extremely despicable. The after-war killings or killings of any kind have nothing to do with any law, let alone the natural law. They are simply unlawful.

Furthermore, it is extremely inappropriate for Dr Brglez, as the Speaker of the National Assembly, to implicitly sympathize even with the idea of a revolution. When speaking of it, he says: »[…] that it is unrealistic in the current global economic constellation. It would be unrealistic to convince the people to support such ideas and to tell them to eat »grass« until the situation is ripe.« Does that mean that the members of the Party of Miro Cerar do not reject the revolution, but are only waiting for the circumstances that will allow it to happen? If the answer to this question is positive, we can be very afraid of our future.

The highest body of the Slovenian polis deserves a person who is familiar with the minimal foundations of the Western civilization and who will not only respect, but also internalize the constitutional ethos of the country he represents. The members of the Association for European Slovenia are therefore publicly asking distinguished Dr Brglez whether he actually belives he is fit to hold a position of the Speaker of the National Assembly.